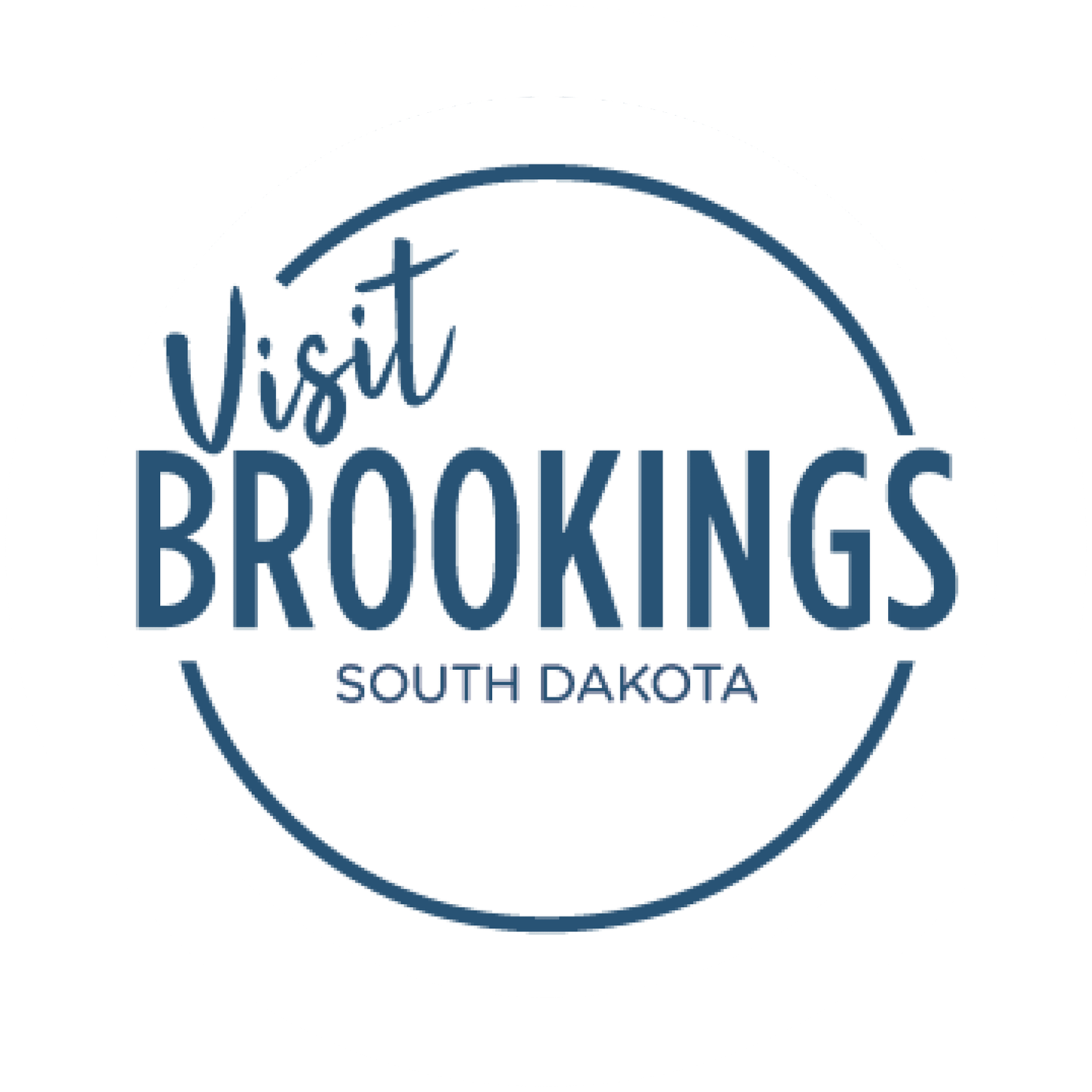 In 2019, Brookings made the list at #7 for Most Arts Vibrant Communities in the United States.

Brookings is home to the famous SDSU Dairy Bar where you can witness the cow-to-cone ice cream process.

This animal-loving community has several pet-friendly hotels and local businesses.

Young people are everywhere in Brookings. The average South Dakotan is 37. The average resident of Brookings is 24. Youth happens when you’re a modest-sized city (pop. 22,000) with a big university, and it has shaped the community in interesting ways. This is where an urban hike might entail ascending the 180-step Campanile; where nearly 20,000 Jackrabbit fans gather for autumn football games; and where collegians learn everything from mechanical engineering to ice cream making. Here are some inside tips and tricks on how to explore the unique culture of South Dakota’s fourth largest — and possibly youngest — city.

You Are Welcome on Campus

You are always welcome on the South Dakota State University campus, even if you just wish to enjoy an urban hike through a canopy of old trees and the architecture of academia. For a real workout, climb the Campanile, a 1929 brick tower that stands 165 feet high; borrow the Campanile key at the Alumni Center across the street. After a long walk, you’ll be ready to stroll over to the Davis Dairy Building, where students learn to make cheese and ice cream. You can watch the process, enjoy a cone and take some cheese, yogurt and other products to go. At the nearby Animal Science Complex, students are experimenting with new products in the Meat Lab. Again, visitors are welcome to buy. Plus, the campus has two must-see museums … [keep reading].

Kids can milk a life-size fiberglass cow and learn all sorts of other skills that seem fun and may someday be necessary if we suffer an apocalypse. Banish that thought. There hasn’t been one since this collection was begun in 1884 as a zoological project. Today the South Dakota Agricultural Heritage Museum’s mission is to show the history, passion and resourcefulness of rural America through hands-on learning and farm artifacts. The museum has long been located in a 1924 livestock show pavilion, the perfect atmosphere for what happens inside. Admission is free. Be sure to visit the gift shop, which stocks fine chocolates, locally produced coffees and teas and books by and about Laura Ingalls Wilder, the most famous farm girl ever to live in South Dakota.

Harvey Dunn grew up 50 miles west of Brookings. His father wanted him to stay home on the farm, but Dunn came to Brookings to attend college before studying art in Chicago and becoming a prominent illustrator in New Jersey. Dunn’s East Coast art buyers were not excited when he began to paint humble and haunting pictures of his Dakota roots. However, when he brought 42 of his paintings for a 1950 exhibition in the little town of De Smet, more than 5,000 people came. One critic noted that nobody liked them “but the people.” Today the highly acclaimed paintings are the soul of the South Dakota Art Museum, a collection of works by state artists with rotating exhibits that “only the people like.” Find the museum on the west side of the SDSU campus, just north of the Campanile on Medary Avenue.

If Flowers Were as Popular as Footballs

If flowers were as popular as football in American culture, South Dakota State would be the envy of the Fighting Irish and the Rose Bowl would be McCrory Gardens, the prettiest 70 acres you may ever stroll. SDSU’s horticulture profs started the botanical gardens and arboretum in 1965 as a research plot and a place to educate and inspire students and the public. More than 40,000 flowers, trees and shrubs are planted each year. McCrory regularly rates as one of the nation’s top ornamental gardens. There’s a small admission fee.

You expect good pizza and craft beers in a college town, and you won’t be disappointed. Brookings also has other interesting eateries, most notably Nick’s Hamburger Shop, a tradition on Main Street since 1929. When Nick’s shared space with a barber shop, seating consisted of a row of stools. Nick’s tiny burgers steadily gained a bigger and bigger following, and the barber has now moved to make table space. When SDSU alums return to campus, most make a pilgrimage to Nick’s. Another golden oldie is Pheasant Restaurant & Lounge, which started as a gas station on the south end of Main Street in 1949 and developed into a family diner with South Dakota favorite dishes (hot beefs, pheasant salad wraps, bison burgers) and a Norwegian waffle brunch on weekends. Cook’s Kitchen (304 Main Avenue) is the kind of comfort food diner that Corporate America can’t seem to duplicate. Another favorite is the slightly mis-named George’s Pizza, run for 50 years by members of the Theodosopoulus family who, of course, specialize in delicious Greek foods like gyros, baklava and pasta.

Main Street is Revived and Rollicking

We want to be honest. Parking spaces are sometimes hard to find on Brookings’ popular Main Street. But there’s a reason. City leaders and have focused on landscaping and restoring the downtown, and those efforts have attracted entrepreneurs. You’ll find the usual college fare: a comic and bookstore, two of South Dakota’s finest bicycle shops, two stylish re-purposing craft stores and several clothing stores, including a Jackrabbit clothier for fans that also specializes in pheasant and rodeo themes. Downtown is especially the entertainment district, brew pubs with great names like Wooden Legs and Eponymous, dead-serious-about-great-coffee shops and a variety of wonderful diners. So don’t hesitate to walk a bit — you’ll find intriguing storefronts on every block.

You pay dearly to send your pride and joy off to South Dakota State University — a seemingly respectable institution staffed by serious and studious faculty in a conservative prairie city — and within the first few weeks that son or daughter is cavorting on the streets in tattered clothing like a common bum. And the administration approves! And so do the parents! It’s called Hobo Day, SDSU’s glorious and historic homecoming party. Rarely do we have such an open invitation to throw convention aside — with the university president leading the parade! This all started as a Nightshirt Parade in 1912 to build morale after the school had a slow start to the football season. They won the first homecoming (6-3 vs. Yankton College) and now Hobo Day is the city’s grandest annual celebration and one of the top events in South Dakota. The 2021 event is set for Oct. 23.

“We have never heard so many compliments on a product,” Seas wrote of the experiment. “The fame of Oreo-flavored ice cream spread like a fire going through a dry grass field.”

Today there’s uncertainty over who gets credit for creating the flavor. Some people believe Cookies and Cream was invented at an ice cream shop in an Oregon mall. Others think it originated in Massachusetts. But students and faculty at SDSU take pride in their piece of Cookies and Cream history.

Sanderson is always searching for new rhubarb to transplant, and he takes a note- book with him to record the histories of each plant. “If you could follow their history far back enough,” Sanderson says, “you would find all of our rhubarb came from England or the Nordic countries.”

Brookings is home to the Children’s Museum of South Dakota, a destination for children of all ages. Anybody from toddlers to teens and older will enjoy the games and exercises in the beautifully restored 1936 school building in downtown Brookings.

Our first stop was Nick’s Hamburger Shop, a Brookings institution since 1929. The friendly waitress slipped us each a tank-fried Nickburger on a square of waxed paper. As we munched, we watched locals leave with sacks full of the meaty sandwiches. “This is lunch and dinner,” said one.

Want to learn more about Brookings?